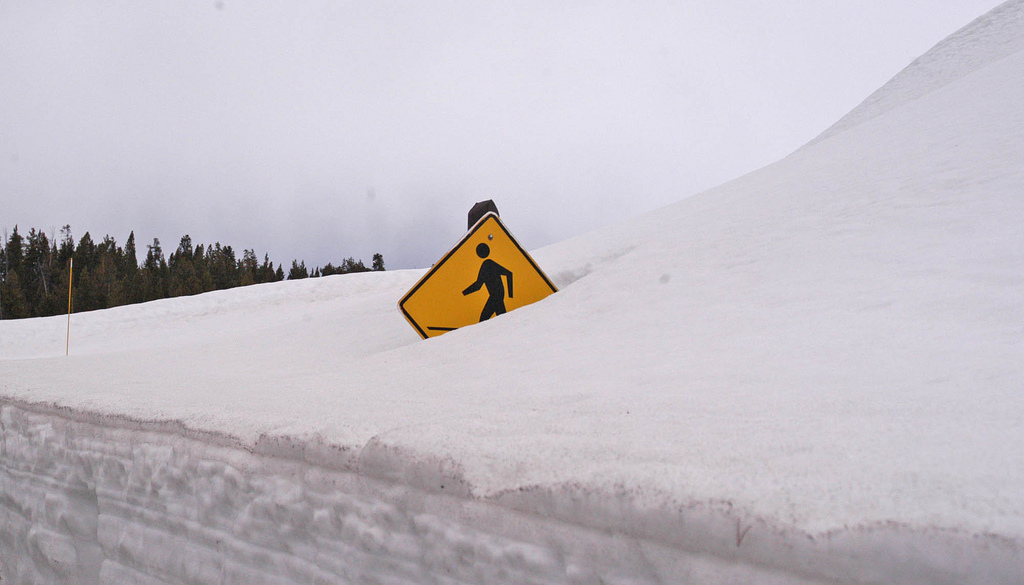 Some roads in Yellowstone National Park were temporarily closed after a winter storm made them too hazardous for travel. (File photo by Ruffin Prevost/Yellowstone Gate - click to enlarge)

All interior park roads normally groomed for oversnow travel are have now reopened to commercially guided snowmobile and snowcoach travel.

Yellowstone National Park employees have utilized the howitzer to conduct avalanche hazard mitigation operations and have groomed the East Entrance road for motorized oversnow travel. Sylvan Pass is now open to all oversnow travel. The road from Canyon to Fishing Bridge has also reopened to oversnow travel.

All these oversnow routes are reported to be in poor condition.

The road between Mammoth Hot Springs and Madison is now open to oversnow travel. However, snowmobile travel between Mammoth and Norris is  not advised due to icy conditions.

The road from West Yellowstone to Old Faithful has now been reopened to commercially guided snowmobile and snowcoach travel.  The road is reported in poor condition.

The road between the park’s North Entrance at Gardiner through Mammoth Hot Springs, Tower Junction and the Northeast Entrance on to Cooke City remains open to public wheeled vehicle travel. Snow tires are required, drivers are cautioned to look for drifting and animals near the roadway.

Updated road condition information is available to the public 24-hours a day by calling 307-344-2117.