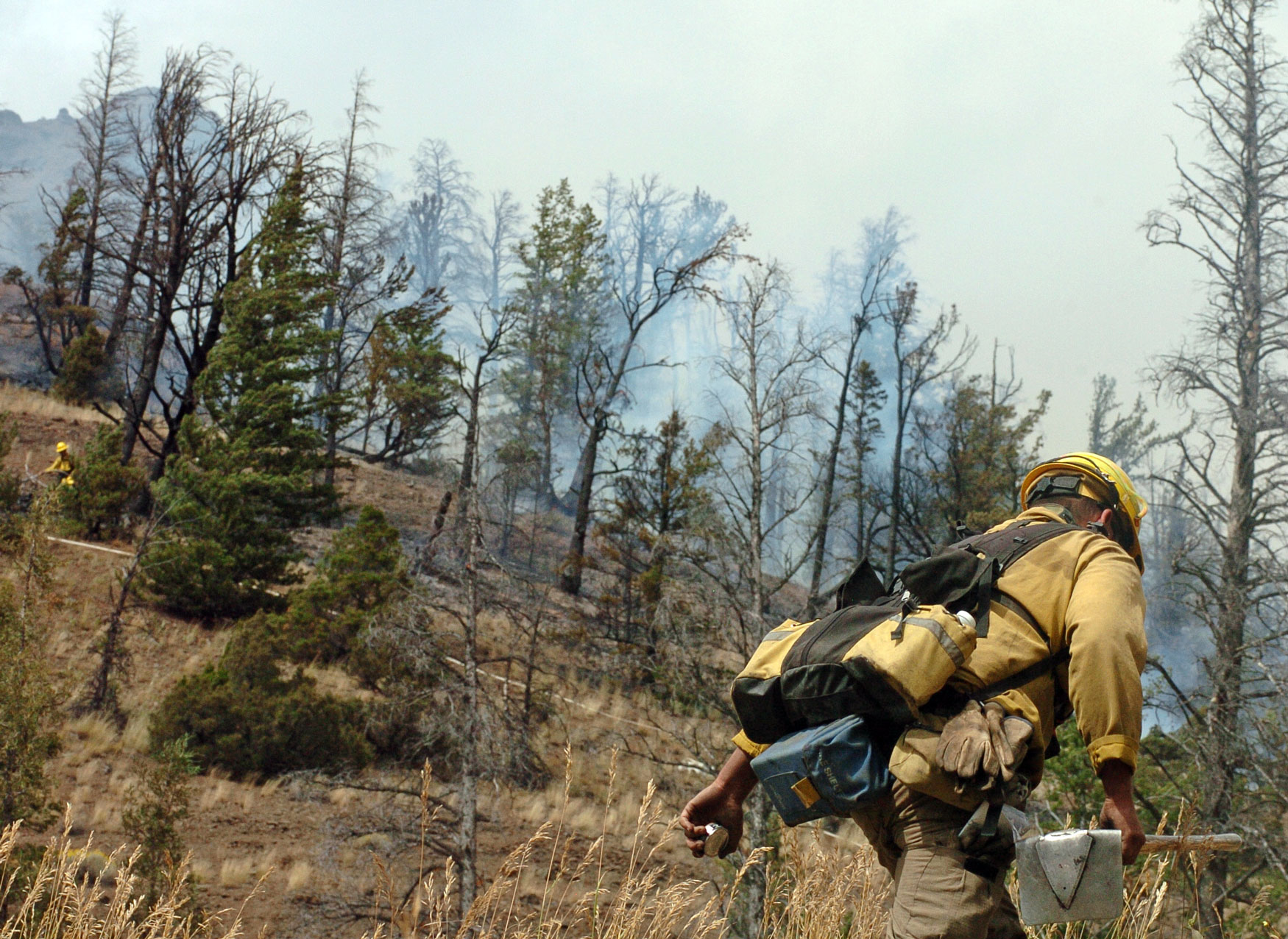 Firefighters mop up a blaze from the 2008 gunbarrel fire. (Yellowstone Gate/Ruffin Prevost - click to enlarge)

JACKSON, WYO. – Two employees of the Bridger-Teton National Forest have received recognition from the National Park Service for their work in programs aimed at reducing the risk and severity of wildland fires.

Andy Norman from the Supervisor’s Office in Jackson, Wyo. was recognized for his support to the development of the interagency fire management program over a long career at the Bridger-Teton during periods of turnover in both park and forest leadership and fire program leadership positions.

“Andy has always provided leadership to the growth of Teton Interagency Fire and his advice and insight into decisions made in developing this close and successful program over many years has focused on what is best for the public land in this interagency program,” said Michael Davin, IMR fire management officer.

Jim Ramirez from the North Zone Fire Management organization, based at the Buffalo Ranger Station, was recognized for his leadership of a key interagency module within the fire and fuels programs. Park Service officials said Ramirez has has worked through numerous hurdles that spring from having employees from two different agencies working for him.

“As the Interagency (USFS/NPS) Fuels crew leader for the Teton Interagency Fire program, Jim has been instrumental in the ‘on the ground’ implementation efforts of interagency fuels management,” Davin said. “Jim is to be commended for his ability to stay abreast of policy implementation issues for both the USFS and NPS, which is no easy task.”