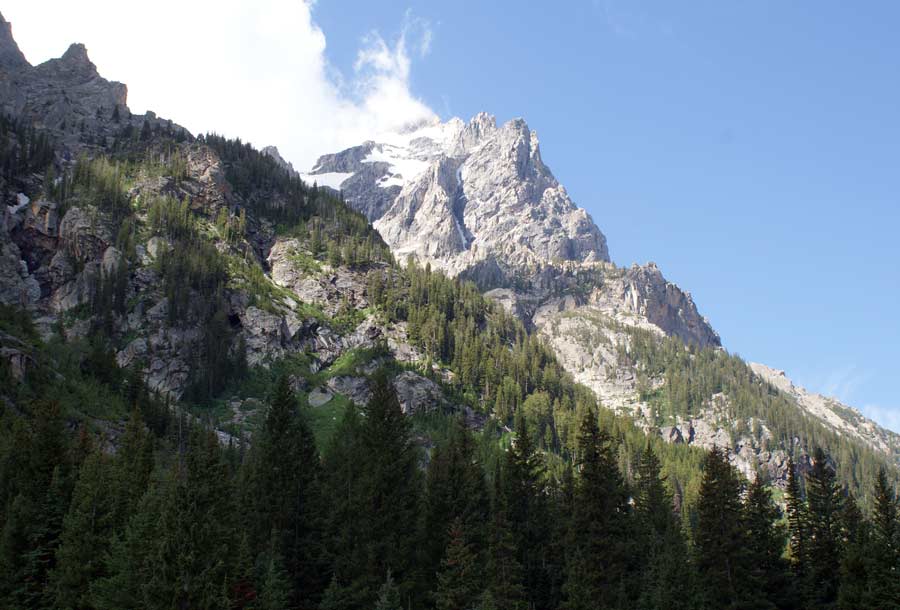 For a great day hiking and taking in amazing scenery in Grand Teton National Park, the area around Jenny Lake is hard to beat. It is understandably one of the most popular spots in the park. 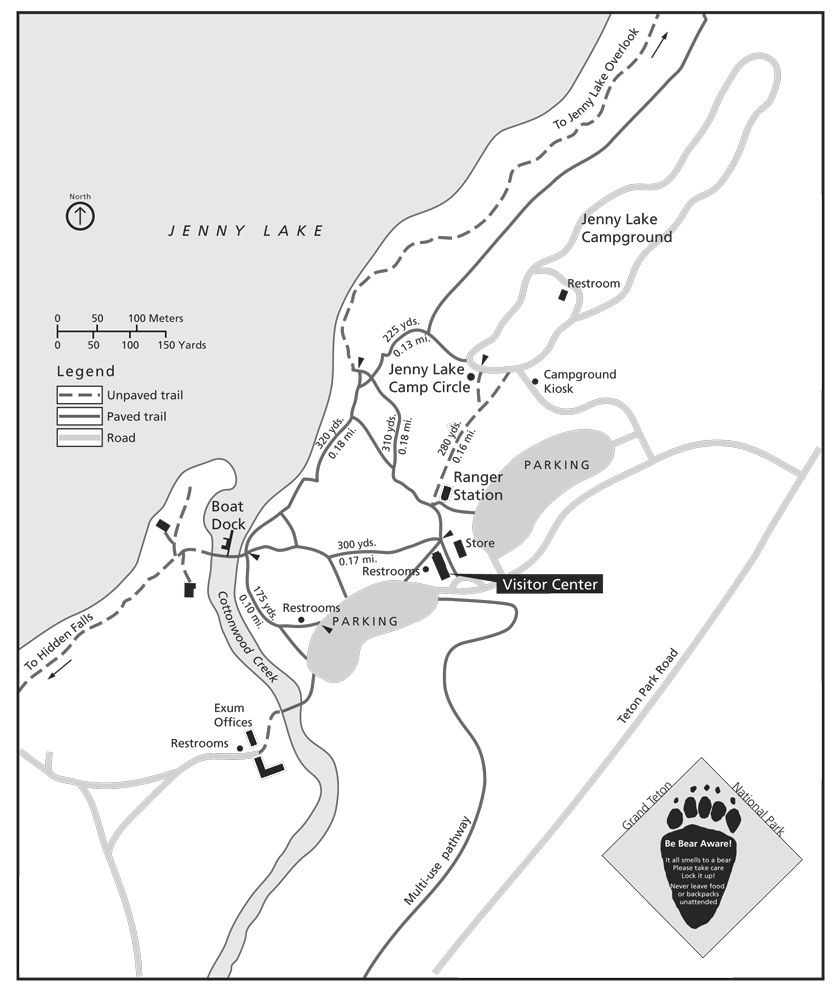 We started our day of hiking around Jenny Lake early by taking one of the first shuttle boat rides across the lake. There is a small fee for the boat ride, but you can select either round-trip or one way, depending on your plans. You can also walk around the southern end of Jenny Lake.

We chose the boat ride because we knew how long we planned to hike and our children like to ride boats. Taking the boat cuts your hike around the lake by about two miles each way. From where the boat drops you off on the west side of the lake, it’s about another mile to Hidden Falls, then another (steep) half-mile to Inspiration Point.

After we arrived on the far side of Jenny Lake, we hiked to Hidden Falls, stopping for several photo opportunities along the way. The falls are beautiful. It was early, so they were not very crowded. When we came back along the same path several hours later, there were lots more people. I would advise an early morning trip to avoid the crowds of later in the day.

We then headed toward Inspiration Point. The hardest part was what we termed the “mountain goat” trail at the very end of the trail, just before you reach Inspiration Point. But it was worth it! Both our 9-year-old and 11-year-old made it without too much ado.

If you are afraid of heights, stay to the inside of the path. Most people were nice and stopped to let you pass. Or if you stopped, they passed on by without a fuss. General trail etiquette suggests that downhill hikers yield to those headed uphill, and slower hikers keep to the right. 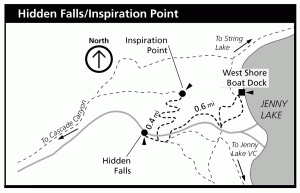 Once we passed Inspiration Point, we hiked up into Cascade Canyon for a couple of hours. We had more of a “time” destination than a place destination. We knew what time we wanted to return, so we stopped at a point that allowed us ample return time. We plan that next time we will hike further without time limits.

There was something new and spectacular around every bush, rock, and turn. It was truly breathtaking!

We did have bear spray with us for our own peace of mind, but fortunately, did not need it. Would take it again next time though. We got close enough that it felt like we were truly in the Tetons, not just observing from a roadside viewpoint. On the way out, our 11 year old wanted to know when we were planning to visit the Tetons, again and started planning our next hiking trip.