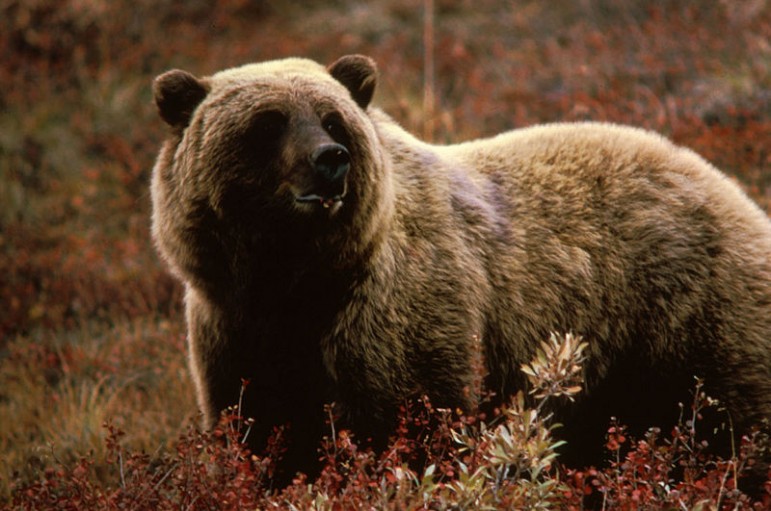 A few grizzly bears have been spotted emerging from hibernation in Yellowstone National Park.

Spring is officially a few days away, but after a bearish winter, the first grizzly of the season has been spotted in Yellowstone National Park.

Early Wednesday morning, March 15, a park employee observed a grizzly bear between Mammoth Hot Springs and Tower-Roosevelt, according to a statement released by the park’s public affairs office.

It is the first confirmed bear sighting this year, although bear tracks have been observed since February 22. Later in the morning, park staff saw two more grizzly bears scavenging carcasses in the northern part of the park.

When bears emerge from hibernation they look for food and often feed on elk, bison and other animals that died over the winter. Sometimes, bears will react aggressively while feeding on carcasses.

All of Yellowstone National Park and much of the surrounding area is bear country. Park officials advise the public to stay safe in bear country by following these guidelines:

“Yellowstone visitors care deeply about preserving bears and observing them in the wild,” said Kerry Gunther, the park’s Bear Management Specialist. “Carrying bear spray is the best way for them to participate in bear conservation because reducing potential conflicts protects both people and bears.”

While firearms are allowed in the park, the discharge of a firearm by visitors is a violation of park regulations.

The park restricts certain activities in locations where there is a high density of elk and bison carcasses and lots of bears. Restrictions began in some bear management areas on Friday, March 10.