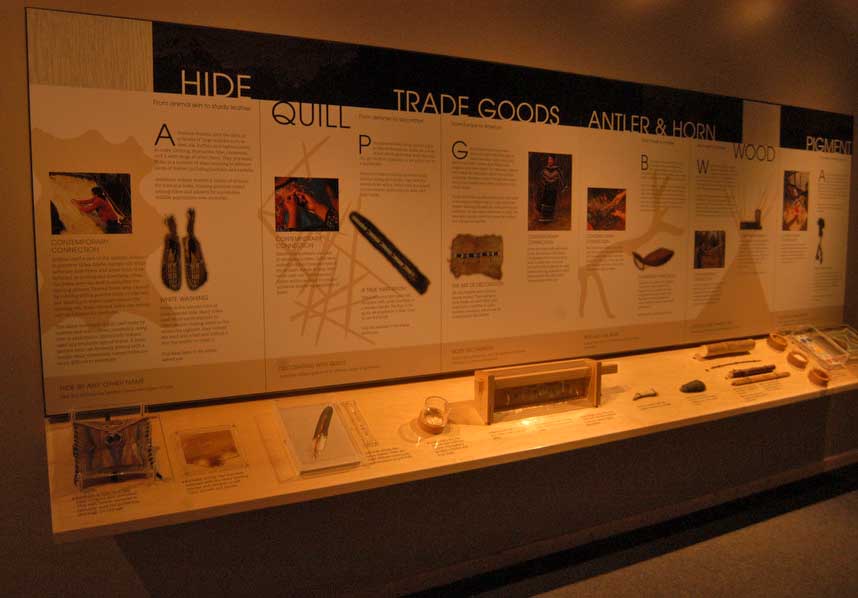 COLTER BAY, WYO. — About three dozen items from the most extensive and significant collection of Native American artifacts in the National Park Service are on display in a newly upgraded showcase this summer as part of a renovation of the Colter Bay Visitor Center.

The David T. Vernon Collection contains more than 1,400 items, and was donated by Laurence S. Rockefeller to the Park Service for display in Grand Teton National Park. But only a fraction of the items have been displayed in the Indian Arts Museum at any one time since it was added onto the Colter Bay Visitor Center in 1972. 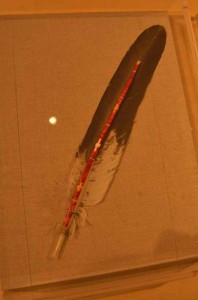 The David T. Vernon Collection contains more than 4,000 items, but only 35 are on display at the Colter Bay Visitor Center in Grand Teton National Park.(Yellowstone Gate/Ruffin Prevost - click to enlarge)

Longstanding concerns about that building’s adequacy for safeguarding the artifacts led managers to pull most items over the last few years and send them for safekeeping in Arizona. But renovations to the visitor center and installation of new sealed, climate-controlled display cases over the winter season has meant that 35 of items can again go on display in the small museum.

Skaggs had worked previously at the visitor center, and said she often worried about the display cases, which were not sealed properly, exposing the items to potential damage from insects and rodents.

While the vast majority of items remain in storage, a select few not shown before are featured in new displays that have additional interpretive materials with a focus on tribes from across the greater Yellowstone area.

The renovation includes a demonstration area where Native American artists and craft workers can create and display newly created items.

Curators have worked to repatriate some items to interested tribes, Skaggs said. 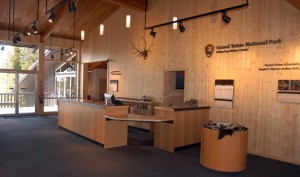 Grand Teton planners want to eventually reconfigure facilities at Colter Bay, creating a new visitor center to replace the current one built in 1959, which serves about 260,000 people annually. Part of the effort would revolve around creating an expanded space for items in the Vernon Collection. An initial proposal for that reconfiguration is expected later this year.

Grand Teton Superintendent Mary Gibson Scott described the latest renovation as “modest,” saying that it “buys us time in which to develop a comprehensive plan for improving facilities” at Colter Bay.

“In the meantime, the ‘facelift’ of the Colter Bay Visitor Center is both welcome and refreshing,” Scott said, “and I encourage all to come and experience the results of a project that was accomplished on time and under budget thanks to our park staff and their dedicated efforts.”

Park planners are also studying whether to display some parts of the Vernon Collection at the Craig Thomas Discovery and Visitor Center in Moose, Wyo. That larger and newer facility may be better suited to house a large collection of artifacts, and is open year-round.

Regardless of what planners decide, if you want to see items from the Vernon Collection, you’ll have to come to Grand Teton National Park. Under the terms of Rockefeller’s donation of the collection, they must remain on display in the park.

The Colter Bay Visitor Center is is 25 miles north of Moose, Wyo. on the eastern shore of Jackson Lake. It is open from late May through early October, with special programs and tours from June through September. For more information, visit the Grand Teton website or call 307-739-3594.