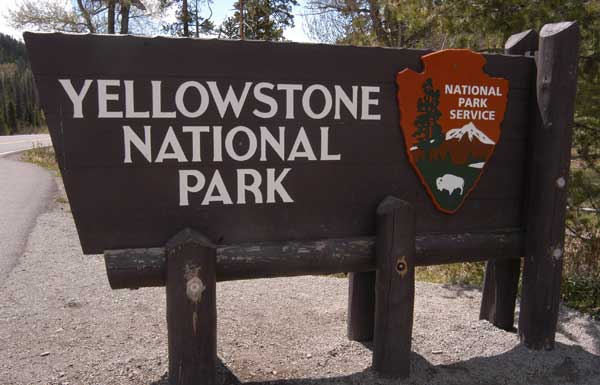 A highly contagious virus has sickened and estimated 200 people in Yellowstone and Grand Teton national parks.

Park officials suspect a tour group that arrived in Mammoth Hot Springs on June 7 may be responsible for introducing a norovirus among park employees and concessions workers, according to a statement released Wednesday by the National Park Service.

Norovirus is commonly associated with enclosed, crowded spaces like cruise ships, but it can spread easily, and is sometimes found in restaurants, hotels and other public spaces.

Tests conducted on some of the sick visitors and employees at Yellowstone came back positive for norovirus, the most common cause of acute gastroenteritis in the U.S.

Though initially confined to the Mammoth Hot Springs area, the virus has apparently spread across Yellowstone and into Grand Teton and parts of Montana.

Over the past week, additional cases of similar illnesses among visitors and employees have been reported at both national parks. Those reports so far include over 100 suspected cases of norovirus among employees in Yellowstone and about 50 suspected cases among employees in Grand Teton. Fifty visitors also went to medical clinics within Yellowstone with symptoms of gastrointestinal illness.

Park officials say the Park Service and all businesses serving park visitors have instituted a variety of precautions intended to limit the spread of the virus. They include increased cleaning and disinfection of all public areas including stores, gift shops, restaurants and lodging facilities. Potentially infected employees are being isolated until they have been symptom-free for at least 72 hours.

The Park Service also is urging visitors to to be vigilant about hand-washing while on vacation, due to greater-than-normal reports of gastrointestinal illness in Yellowstone and Grand Teton, as well as portions of Montana near Yellowstone.

According to the Centers for Disease Control and Prevention, about 21 million people in the United States contract norovirus every year.

Norovirus is usually not life-threatening or cause for hospitalization. Most people recover within 48 hours. The virus can be contracted by direct contact with an infected individual, by touching surfaces contaminated with norovirus or by consuming contaminated food or drink. Contact with infected bodily fluids typically poses an especially strong risk of infection.

Thorough and frequent hand-washing with soap is advised, especially after using the bathroom or changing diapers, and always before eating or preparing food.