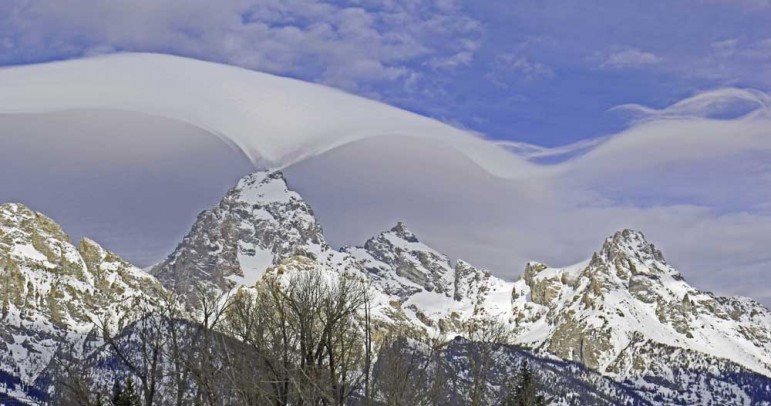 A 'cloud dance' over the Grand Teton captured the attention of many this week in Grand Teton National Park.

Residents around Yellowstone and Grand Teton national parks often fall into a rut of taking for granted the rare and amazing natural resources in their own backyards. So it’s no surprise when a grizzly bear, gray wolf or bull moose serves as a reminder of how special it is to live at the doorstep of an iconic national park.

Park spokeswoman Jackie Skaggs said in a statement released Friday that the ‘cloud dance’ played out just over the summit of the Grand Teton, and was easily visible from the park’s headquarters campus at Moose, Wyoming.

Skaggs said the airborne vapor was the most unusual and longest-lasting she had ever seen in her nearly 40 years of living in the area.

“Often, it looked like Niagara Falls, and then it would appear to be a huge bird with outstretched wispy wings, and its beak just touching the top of the Grand,” Skaggs said of the odd lenticular formation.

Luckily, for everyone, Skaggs got a good photo, and shared it with the press. Enjoy!