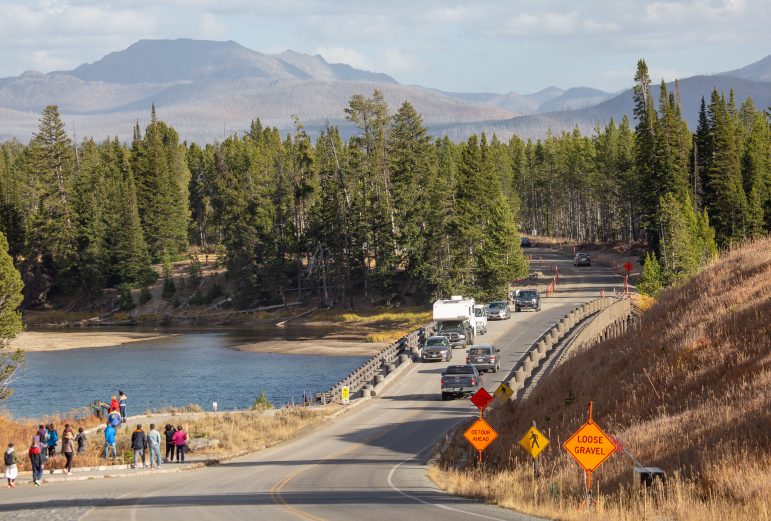 Work is expected to progress according to schedule on road construction near Fishing Bridge in Yellowstone National Park. NPS photo/Neal Herbert

CODY, WYO. — A range of road construction projects scheduled for this summer around Cody and Yellowstone National Park are currently expected to remain on schedule, with no reports yet of COVID-19 affecting workers, budgets or work progress.

Work is scheduled to resume May 4 in Yellowstone on improvements to a 3.5-mile section of the East Entrance Road between Fishing Bridge and Indian Pond, said park spokeswoman Linda Veress.

Work on the project is still expected to be completed substantially by late October, and the East Entrance Road will be fully accessible to visitor traffic for the duration of the 2020 summer season, Veress said. Visitors should expect delays of up to 30 minutes around Fishing Bridge, and some turnouts and trailheads may be inaccessible during construction.

Like many other national parks, Yellowstone remains closed to the public as social distancing measures remain in place as part of efforts to slow the spread of the COVID-19 virus. Park managers have not said when Yellowstone will reopen, but it appears unlikely the park will open according to its normal summer schedule, which usually sees gates opening in late April and early May.

Xanterra Travel Collection, the primary concessioner for Yellowstone and the country’s largest state and national park concessioner, has announced nearly all of its managed properties will stay closed until May 22.

Replacement of cracked sections of concrete roadway through the heart of Cody’s downtown historic district should wrap up by mid-May, Beers said. But crews will then focus on grinding and sealing concrete between 10th and 15th Streets, with work on that phase running until June 15. Work on the project will then pause until August 25, moving to the intersection of Sheridan Avenue and 16th Street in the fall. Beers said no major maintenance had been done on Cody’s main downtown roadway since the mid-1980s.

There have been no virus-related health issues with the mostly locally based work crews, he said.

Road repairs could potentially close one lane of traffic temporarily this summer along a rockslide area 200 yards north of the overlook at the top of the Chief Joseph Highway, Beers said.

Work is expected to begin in late May on a much larger project on the Beartooth Highway, about 14.5 miles east of U.S. 212’s intersection with Wyoming Highway 296. Beers said the Beartooth Ravine project is a collaborative effort between WYDOT, Yellowstone Park, Montana Department of Transportation and federal highway agencies.

The complex project is expected to bring 30-minute delays and nighttime closures from 8 p.m. to 8 a.m. along the popular scenic highway. Work includes completion of a 420-foot, 3-span steel girder bridge, along with 20-foot-high retaining walls and landscaping to tie into the existing highway, Beers said.

Work on the project will be paused for major summer holidays, and is expected to be finished by early September.

Officials involved in all projects cautioned that timelines are subject to a wide range of virus-related factors involving potential government orders, supply-chain issues and other variables.