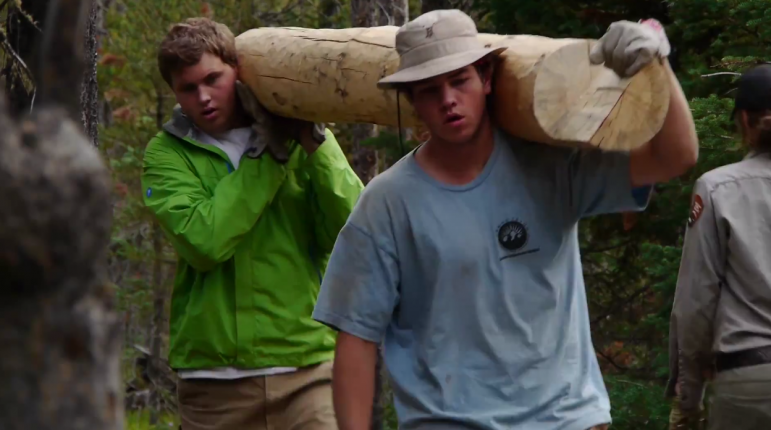 MAMMOTH HOT SPRINGS, Wyo. – Yellowstone is currently recruiting for the 2021 Youth Conservation Corps (YCC), a residential work-based education program for young men and women between the ages of 15 and 18. Visit the YCC program to apply. Completed application materials must be postmarked by March 10, 2021. A five-week session will be offered June 28-July 30.

Microbes found in the extreme environments of Yellowstone National Park thermal features are key to a major financial investment in a new form of protein that could find its way into commercial foods within a few years. Sustainable Bioproducts, a biotechnology company developing a new way to grow edible protein, announced last month that investors have pledged $33 million toward commercializing a process that has its roots in a Montana microbiologist’s research into tiny organisms that thrive in the hot, acidic waters of Yellowstone. A Silicon Valley-based venture fund, 1955 Capital, was among the major investors in Chicago-based Sustainable Bioproducts, which also has offices in Bozeman, Mont. Another backer is Breakthrough Energy Ventures—whose investors include Microsoft founder Bill Gates and Amazon’s Jeff Bezos. Sustainable Bioproducts is developing a fermentation process that aims to produce a protein with high nutritional value, while having minimal environmental impact, according to a statement released by the company. Continue Reading →

The young male wasn’t an Olympic athlete in training, but his daily movements were tracked and recorded with amazing precision. He wasn’t on a crash diet, but what he ate was well-known, along with where and when he ate it. He wasn’t a patient with a rare or fatal disease, but his entire genome was sequenced. And he wasn’t a crime victim, although his violent death at a young age was determined by lab work and an arduous field investigation. The young male was M198, one of the first cougars fitted with a special tracking collar that is a cornerstone of the Yellowstone Cougar Project. Continue Reading →

CODY, WYO. — A mule deer doe cautiously makes her way along a riverbank, sniffing the wind before moving out from the cover of willows to cross a busy highway. A passing motorists slows just in time to spot the animal as it hesitates, then bolts across the road. It’s a familiar scenario in Wyoming, but what drivers in the spring and fall may not realize is that road crossing is a small part of a seasonal migration that spans hundreds of miles. And if that doe is wearing a GPS tracking collar, there’s a good chance she’s generating an avalanche of data about her movements. Continue Reading →

YELLOWSTONE NATIONAL PARK, WYO. — Winter visitors to Yellowstone National Park say they are largely unaffected by the partial federal government shutdown, thanks mainly to private concessioners picking up the slack, and federal workers showing up without pay. After 34 days of reduced operations in the country’s national parks, Yellowstone visitors continue to tour the park by snow coach and snowmobile, much as they otherwise would under normal circumstances. “We don’t agree with the shutdown, but it hasn’t really impaired us,” said Don Stewart, who lives in Georgia and has a summer home in Red Lodge, Mont. Don and wife Karen began planning a Yellowstone tour by snow coach in July after their daughter raved about a winter trip. Continue Reading →

CODY, WYO. — Philadelphia-based pharmaceutical manufacturer Lannett, Co. has approved a plan to sell Cody Laboratories, a wholly owned subsidiary that produces active pharmaceutical ingredients used in prescription opioids. In a US Securities and Exchange Commission statement filed Friday, the company cited an effort to “focus on nearer term opportunities and an overall strategic shift toward the company’s core competencies and optimization of its cost structure” as the basis for the planned sale. Publicly traded Lannett also cited concerns about Cody Labs’ “timeline to profitability,” and significant ongoing investment and operational costs. Continue Reading →

EMIGRANT, MONT. — Acting on a recommendation last month from the U.S. Forest Service, Interior Secretary Ryan Zinke on Monday announced the withdrawal from mining for 20 years of more than 30,000 acres of federal lands in southwest Montana. Saying that “there are places to mine and places not to mine,” Zinke said Montana’s Paradise Valley, just north of Yellowstone National Park, was the kind of place where new large-scale mining wasn’t appropriate. The move extends a two-year moratorium on new mining claims in portions of the Custer Gallatin National Forest put in place by the Obama administration in 2016. Existing claims would not be affected. Continue Reading →

Canyon Village, Wyo. — Jacob Baisley spent a few minutes taking in the Lower Falls of the Yellowstone River at Artist Point during a recent swing through Yellowstone National Park. For many locals, it was the celebrated first day of the season when the East Entrance opens to autos. For Baisley, it was the latest stop on an extended road trip focused on national parks. “This is definitely one of the best parks in the U.S., one of my favorites so far,” said Baisley, 33, a former Florida resident who quit his job and sold his house to spend months on the road, living out of his pickup truck. Continue Reading →

Yellowstone National Park will be one of 17 popular parks raising entry fees by $5 starting June 1 to $35 per vehicle. The move by Interior Department follows an earlier proposal that would have more than doubled entry fees to pay $70 per vehicle for visitors at Yellowstone, the Grand Canyon, Yosemite and other major parks. That plan by Interior Secretary Ryan Zinke to steeply hike visitor fees was widely criticized by lawmakers and governors of both parties. The $5 fee hike, also taking effect in Grand Teton National Park, will also be imposed in other western parks, including  Zion, Bryce Canyon, Mount Rainier, and Rocky Mountain parks, among others. National Park Service officials said the increased entrance fees remains would  help ensure a quality experience for all visitors. Continue Reading →

CODY, WYO. — A controversial preliminary proposal to team a major corporate sponsor with Yellowstone National Park in an effort to revive interest in backcountry camping may be over before it has even started, after objections from an unexpectedly high-level opponent. Documents reviewed in late March by a number of news agencies detail a draft framework being considered that would govern an agreement between Yellowstone and online retail giant Amazon.com. The partnership would leverage the popularity of the Amazon Prime two-day delivery service to help novice hikers and campers better navigate the backcountry. But growing objections from President Donald Trump over Amazon’s business practices have cast doubt on whether the proposal will move forward. Continue Reading →

CODY, WYO. — Eagle Pass lies along the southern boundary of Yellowstone National Park, near Eagle Peak, which at 11,372 feet is the highest spot in Yellowstone. It’s not easy to reach, but photojournalist Joe Riis figured it would be a good spot for a remote camera as part of his efforts to document wildlife migrations around the park. Unfortunately, the camera was in operation only a few days before it was disabled. “A grizzly bear had hit it, and the camera was pushed down in the dirt,” said Riis, a National Geographic contributing photographer and photography fellow at the Wyoming Migration Initiative. Continue Reading →

Parked for a Day 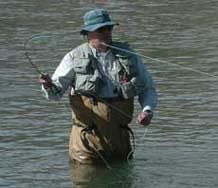 Looking for a fun activity in Grand Teton or Yellowstone that you can do in a single day? Parked for a Day is our reader-created series that looks at things to do that require parking your car and getting off the beaten path for part of the day. Check it out, or go ahead and submit your own idea.

News from Other Sites

Browse our curated selection of Yellowstone, Grand Teton and related headlines from a diverse array of other news sources:

There was a problem loading headlines. Sorry. Try reloading this page or check back later.