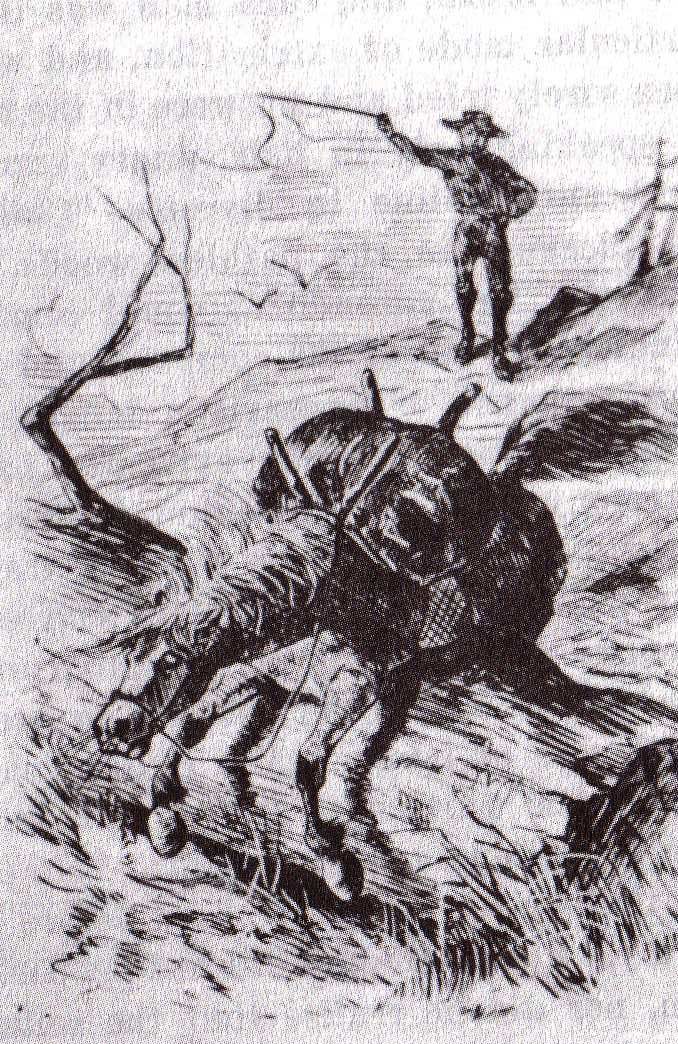 A drawing of "Little Invulnerable" by Private Moore, from Nathaniel Pitt Langford's Diary of the Washburn Expedition to the Yellowstone and Firehole Rivers.

The remote area that became Yellowstone National Park was a roadless wilderness when the famous Washburn Expedition explored it in 1870. That meant they had to carry supplies on packhorses. Vital as these animals were to survival, the explorers rarely mentioned them. But, one horse’s antics earned him a place in several journals and a nickname. Here’s Nathaniel P. Langford’s description of “Little Invulnerable.”

One of our packhorses is at once a source of anxiety and amusement to us all. He is a remarkable animal owned by Judge Hedges, who makes no pretentious to being a good judge of horses.

Mr. Hedges says that the man from whom he purchased the animal, in descanting upon his many excellent qualities, said: “He is that kind of an animal that drives the whole herd before him.” The man spoke truly, but Mr. Hedges did not realize that the seller meant to declare that the animal, from sheer exhaustion, would always be lagging behind the others of the herd.

From the start, and especially during our journey through the forest, this pony, by his acrobatic performances and mishaps, has furnished much amusement for us all.

Progress today could only be accomplished by leaping our animals over the fallen trunks of trees. Our little bronco, with all the spirit necessary, lacks oftentimes the power to scale the tree trunks.

As a consequence, he is frequently found resting upon his midriff with his fore and hind feet suspended over the opposite sides of some huge log. “The spirit indeed is willing, but the flesh is weak.” He has an ambitious spirit, which is exceeded only by his patience. He has had many mishaps, any one of which would have permanently disabled a larger animal, and we have dubbed him “Little Invulnerable.” One of the soldiers of our escort, Private Moore, has made a sketch of him as he appeared today lying across a log, of which I am to have a copy.

You can read about Little Invulnerable and more from a condensed version of Nathaniel Pitt Langford’s  Diary of the Washburn Expedition to the Yellowstone and Firehole Rivers in Adventures in Yellowstone: Early Travelers Tell Their Tales, by M. Mark Miller.