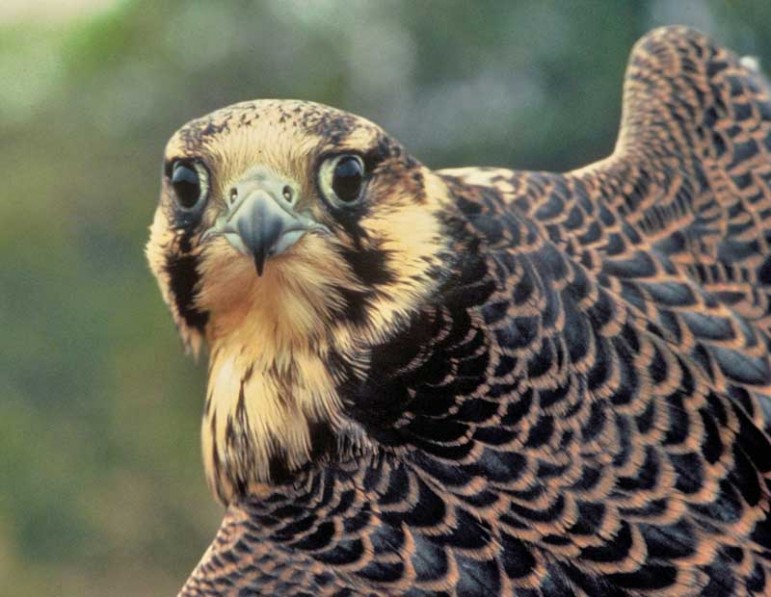 A pair of Grand Teton peregrine falcons nesting in a popular climbing spot has prompted a temporary closure of the area.

A popular climbing spot in Grand Teton National Park is closed to give a pair of nesting peregrine falcons a little extra space and privacy. Baxter’s Pinnacle and its southwest descent gully are currently closed to public entry due to an active peregrine falcon nest.

A pair of falcons first established a new nest near Baxter’s Pinnacle in 2011, making this the fourth year that a temporary closure has been levied to protect both climbers and nesting peregrines at this site, according to a statement released by the park’s public affairs office. Baxter’s Pinnacle is a popular climbing route in Cascade Canyon at Grand Teton National Park.  A nearby climb called No Perches Necessary remains open.

Peregrine falcons generally lay their eggs in early May, so park officials said now is a crucial time for the nesting birds at their aerie near Baxter’s Pinnacle. Falcons are sensitive to human disturbance and will abandon a nest to defend their territory which can lead to nest failure and low reproductive success.

Peregrines are territorial and aggressive birds especially while nesting and incubating eggs; they become even more protective after their chicks hatch. Baxter’s Pinnacle will remain closed until the young birds have fledged or biologists determine there is no longer a risk to either climbers or the birds.

The peregrine falcon is among the world’s fastest birds, flying at 40-55 mph and diving at more than 200 mph while defending territory or striking prey. This poses a safety risk to climbers who might be knocked off their route and injured as falcons swoop repeatedly overhead.

Peregrines were delisted from the endangered species list in 1999, but remain a species of concern in Grand Teton National Park where only three other nesting pairs exist.

Seasonal and temporary closures for wildlife protection are common in Grand Teton as a means to protect both wildlife and park users. Entering a posted wildlife closure is a violation under the code of federal regulations that can result in a citation and fine.