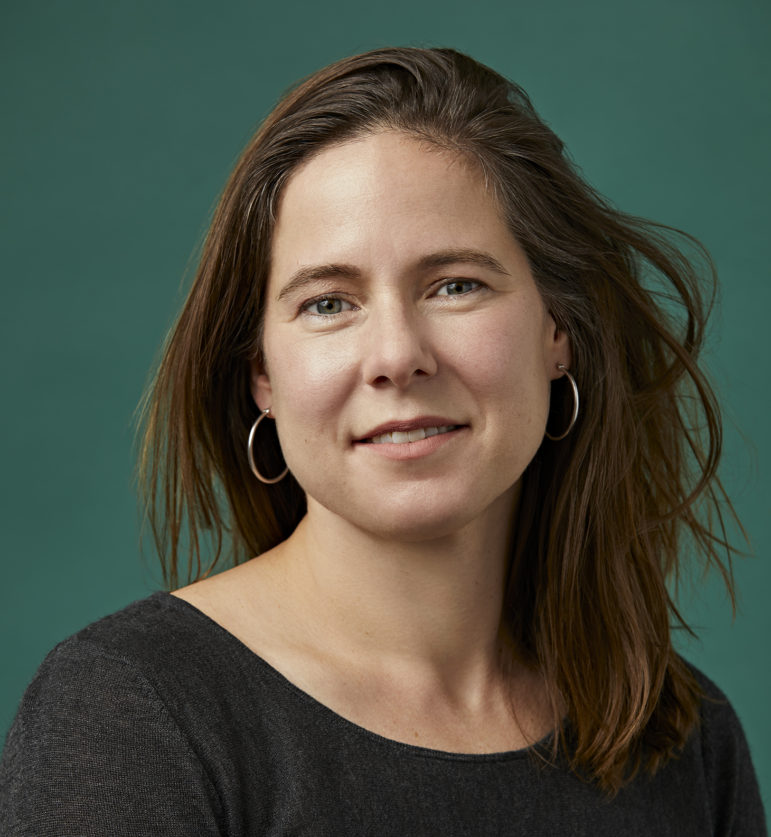 CODY, WYO. — Anna Sale is on a mission, and she has enlisted a few of her Wyoming friends to help get the job done. Host of the “Death, Sex and Money” podcast, Sale has written a book aimed at helping people have difficult conversations about topics many of us would rather avoid, but know we ought to address.

Released in May by Simon & Schuster, “Let’s Talk About Hard Things” builds on Sale’s popular WNYC podcast, deftly weaving together a diverse range of stories about people having tough talks along five categories: death, sex, money, family and identity. Sale discusses her book at the Cody Library on Tuesday, July 6.

Several Wyoming residents share their stories in the book, which Sale began writing in Cody in 2017. Her self-described “shared mission” with readers and listeners is to show others that discussing life’s touchiest topics is hard for everyone, but can get less difficult when you hear or read how others do it.

“One of the things that makes things hard is when it feels like you’re alone with a particular struggle,” said Sale, who lives in California’s East Bay. She spends spends several months in Cody each year with her two daughters and husband, Arthur Middleton, who conducts wildlife research in the area.

It was a rough spot in Sale’s relationship with Middleton that introduced her to Cody, and sparked a deep and heartfelt friendship with Ann Simpson, and her husband Al, the former U.S. Senator.

In a widely retold story that Sale featured in one of her earliest podcast episodes, Middleton, her ex-boyfriend at the time, reached out to Al Simpson in 2013 in a desperate plea for help in reconciling with Sale after a breakup that summer. Though Middleton hadn’t formally met Simpson, he was scheduled to speak that fall at a ceremony honoring Middleton’s research on elk migration around Cody and Yellowstone National Park.

After an out-of-the-blue phone call from Al and Ann, Sale reconnected with Middleton and warily agreed to attend the events surrounding his receipt of the Camp Monaco Prize. The two were later married at the Buffalo Bill Center of the West, and their first daughter was born in Cody. 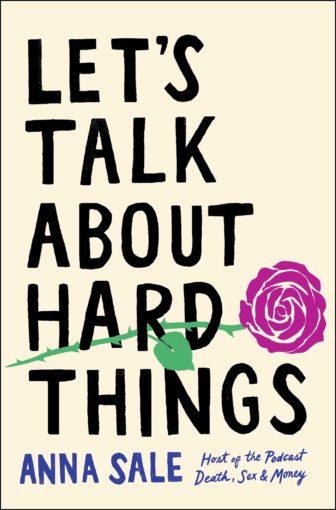 Sale shares in her book some of the conversations she had with Ann Simpson surrounding a gastrointestinal infection Simpson had that caused her to lose weight, and reckon with the frailties of aging in a way she hadn’t fully done before.

Former Cody resident Mike Simonton, who now lives in Chicago working in  the financial industry, also shares candid memories in Sale’s book about his difficult back-and-forths with his sister, Shelley Simonton, during her terminal struggle with melanoma.

While many people will go far out of their way to avoid having such gut-wrenchingly real and personal conversations, they are an essential focus of Sale’s podcast, and now her book.

“What keeps me listening…is the way Anna can get really personal, intimate answers out of her guests,” said Carly Schoen, a former Cody resident who now lives in Livingston, Mont., where she works at an art gallery. “She has a very friendly, easy rapport. It sounds like you’re listening in on a pair of close friends getting real with each other.”

Eavesdropping on a couple of close friends is how many describe an Anna Sale interview, as vital to her fans as a Barbara Walters or Oprah Winfrey chat would be to previous generations. Sale cites Terry Gross, host of National Public Radio’s “Fresh Air,” as an influence for her interview style, along with other public radio luminaries like Krista Tippet and Brian Lehrer.

But Sale’s podcasts go far beyond compelling and candid interviews. Described online by one fan as a “listener advocate,” Sale’s podcasts include online guides and resources on topics like student debt, dating and alcohol abuse. The show’s team and listeners, whom Sale is careful to credit, have created an inclusive, caring community built around sharing and trust—a veritable unicorn on today’s Internet.

Schoen said podcast episodes about debt, multi-racial friendships and life over 60 were all instrumental in her connecting with others, and working on her own issues.

“You can use these insights and ideas to become curious about the people around you,” she said.

Curiosity is key to Sale’s ability to connect, said Carol Bell, a Cody resident who grew up in Shell, Wyo. and is a former owner of The Thistle gift shop.

Bell said she met Sale at a 2016 local fundraising event about a year after her husband, David Bell, died of pancreatic cancer. Bell felt a connection, and invited Sale to breakfast at a Cody cafe the next day.

“What I remember is I cried through most of breakfast because she asked me about losing David,” Bell said. “She was completely unflinching and unbothered by my tears, which was a unique experience for me.”

The two became friends and talked about their writing projects, and Bell later decided to pursue a masters degree to become a counselor.

With a national social fabric torn by disagreements over issues like political acrimony, race relations, COVID-19 and income inequality, Bell said Sale’s book addresses “the topic of our times. It feels like all conversations are hard right now.”

But don’t expect “Let’s Talk About Hard Things” to help you shout down that cousin at Thanksgiving with whom you always disagree about guns, greenhouse gases and gay marriage.

“It’s not a book about how to win conversations. It’s about how to connect with people,” Bell said. “Like her interviews, it’s not about Anna getting the story. It’s about Anna helping you tell your story in a way that makes you feel heard, and makes other people feel less alone.”

For Sale, who started work as a political reporter trying to close the gap between the often phony and empty rhetoric of public discourse and the real issues that matter to everyday voters, bringing people together on nationally divisive topics may figure into whatever project she tackles next.

Sale said she spends a lot of time thinking about how to “bridge the conversational impasses around values with people we love, and I feel called to be a part of helping us all do that better.”

Splitting her time between Cody and the San Francisco Bay area puts Sale in a good position to be an honest broker in those conversations, she said.

But all that can wait. For now, Sale said she’s enjoying the space — and feedback from readers — following her book’s publication.

She’s clearly delighted to be hearing from Cody friends who have read her book, including a recent book club gathering where a member baked a cake that lovingly recreated the “Let’s Talk About Hard Things Cover,” a cell phone photo of which Sale shares with sincere delight.

“I mean, it’s the best,” she says, of hearing from listeners and readers whose lives she has helped change for the better. “It’s part of why I do this work, which is also fun for me, because I like meeting people and talking to them about their lives.”

“Plus,” Sale says with a broad grin, “my book is in the Meeteetse library. How cool is that?”