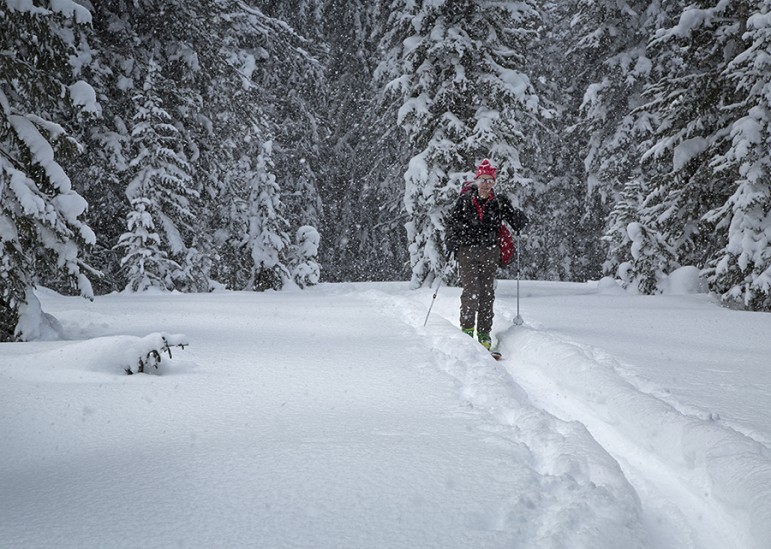 A participant in a 3-day avalanche course skis the 2.5-mile route uphill from Cooke City, Mont. to a remote cabin.

Cooke City, Mont, sits less than five miles from the northeast entrance to Yellowstone National Park. For many years this unique town, cut off from much of the world in the winter months, has been known as a mecca for snowmobilers.

With park restrictions continuing to favor guided winter snow machine outings, Cooke City has become a favorite destination for those wishing a less regulated riding experience. That means the town is often filled with the roar of snowmobile engines from the first snowfall in November or December until the snow melts and Highway 212 to the east is plowed in May.

But for the last couple of years, there has been a growing number of winter visitors to the area that engage in non-motorized travel, thanks in large part to Ben Zavora and his company, Beartooth Powder Guides.

Not only are the facilities used by back-country skiers, snow-boarders, snowshoers and hikers, but Beartooth Powder Guides also uses the two locaitons to offer a number of classes on avalanche safety and backcountry travel. 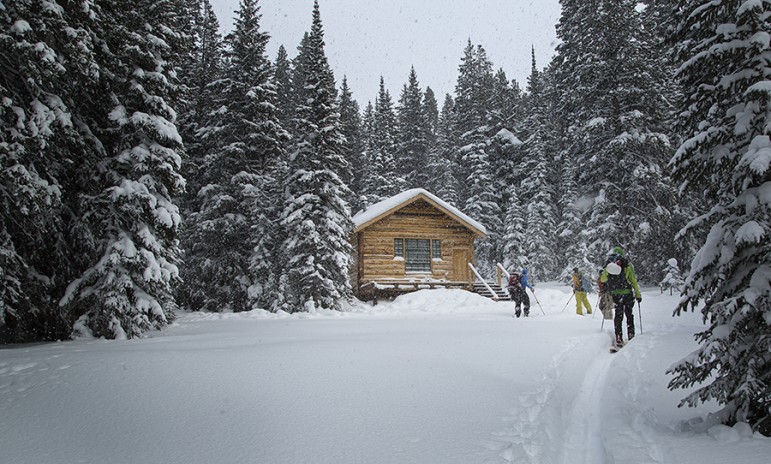 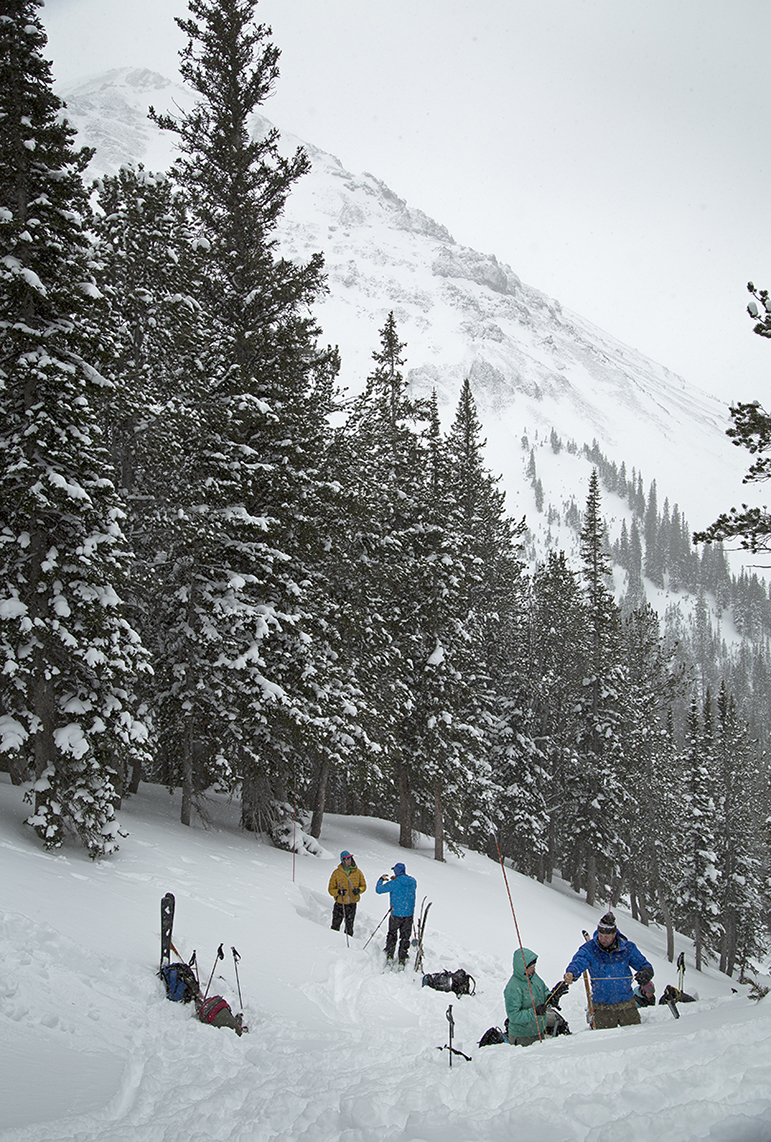 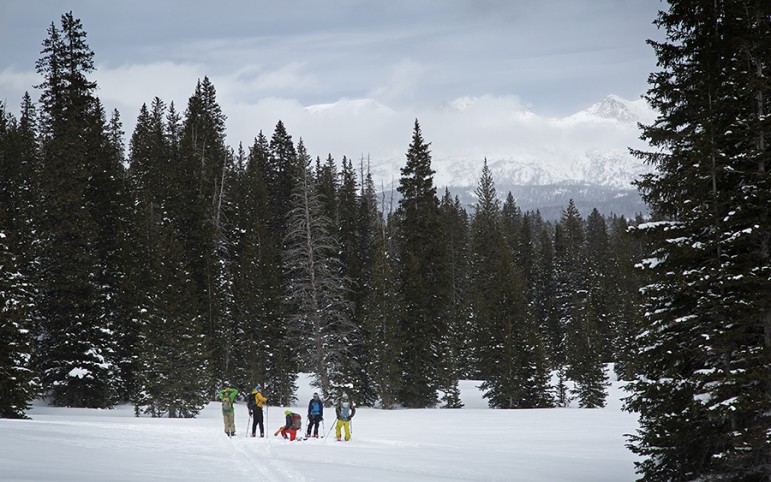 Participants ski through a snow-covered forest during an avalanche forecasting, survival and rescue class. 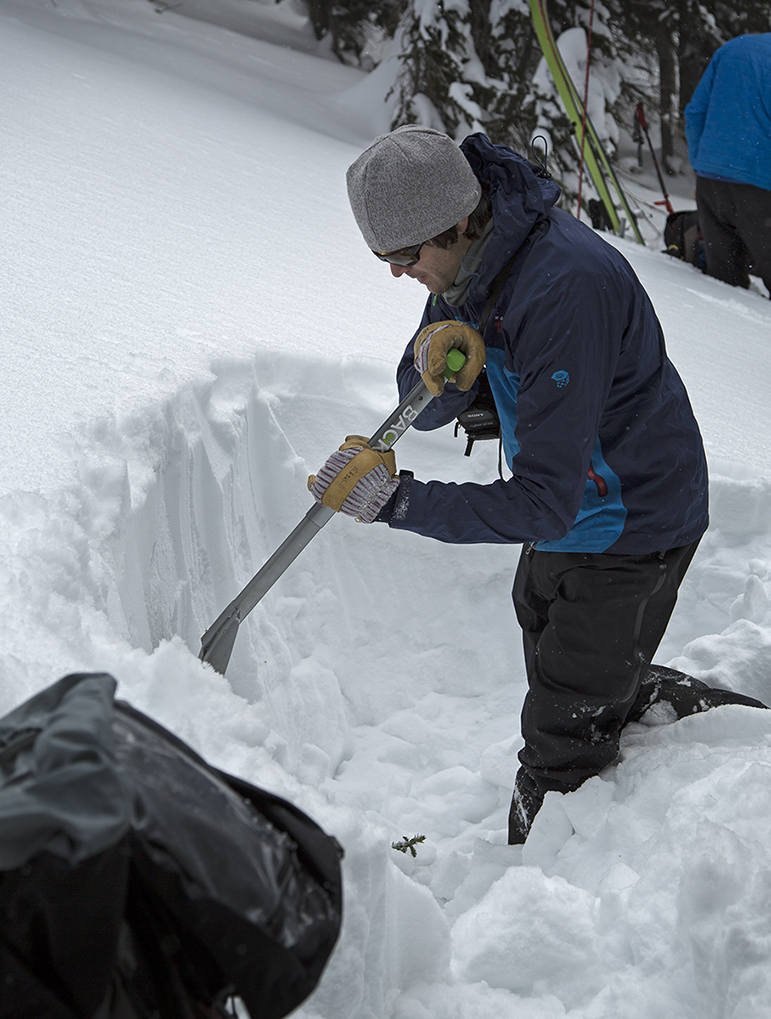 Instructor Clark Corey demonstrates the proper way to dig a snow pit to inspect conditions as part of avalanche forecasting. 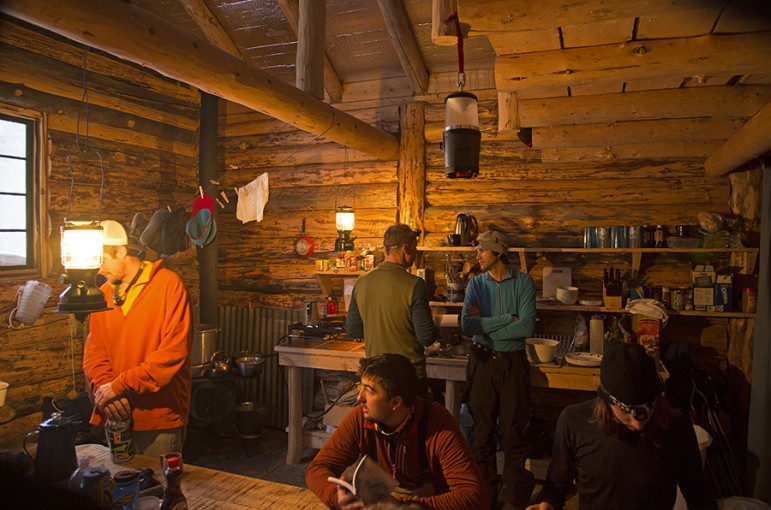 The interior of the Woody Creek Cabin near Cooke City, Mont. is heated by wood stove. Snow is melted for and meals are cooked on a propane stove. 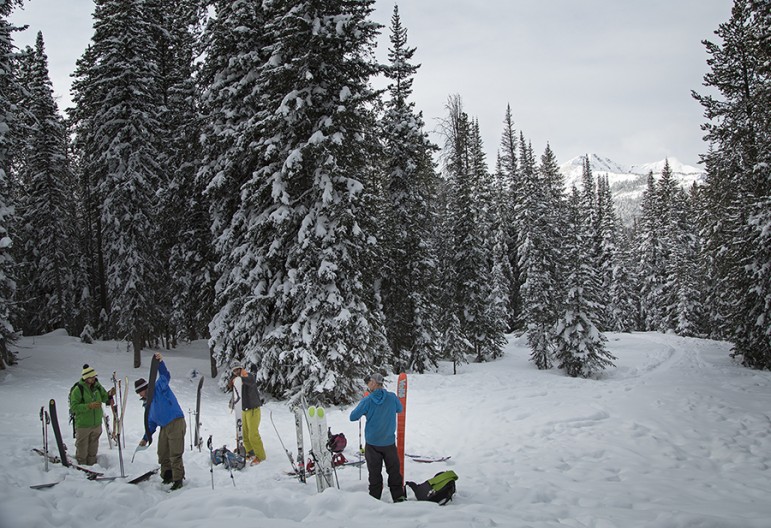 Students in an avalanche prediction, survival and rescue course near Cooke City, Mont. get their gear ready.