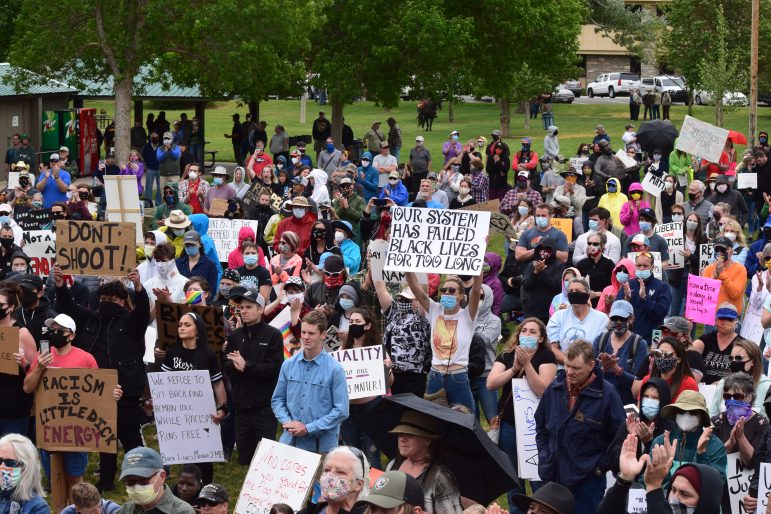 Hundreds gathered on Sunday in City Park in Cody, Wyo. to protest racism and excessive force by law enforcement.

Approximately 300 people attended a rally at City Park in Cody on Sunday to protest against racism and also against excessive use of force by law enforcement. Attendees, most of whom were wearing protective masks, took a knee and observed 8 minutes and 46 seconds of silence during the event, noting the time listed in a second-degree murder complaint filed against Minneapolis Police officer Derek Chauvin. Charging documents stated Chauvin pressed his knee into the neck of George Floyd for nearly 9 minutes during an arrest that resulted in Floyd’s death and has sparked nationwide protests. 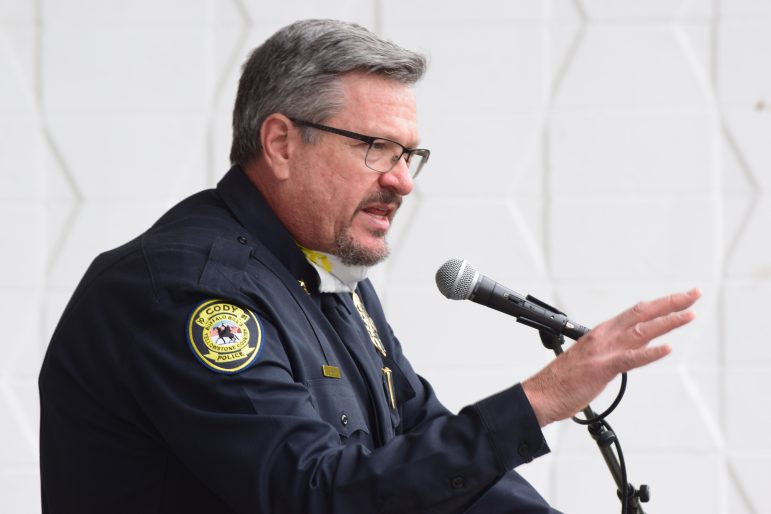 Sunday’s event in Cody was peaceful and without incident. Among the speakers was Cody Police Chief Chuck Baker, who criticized Floyd’s death at the hands of Minneapolis police. Baker praised protestors for being a peaceful part of what he said was a movement that will result in positive change for the country. 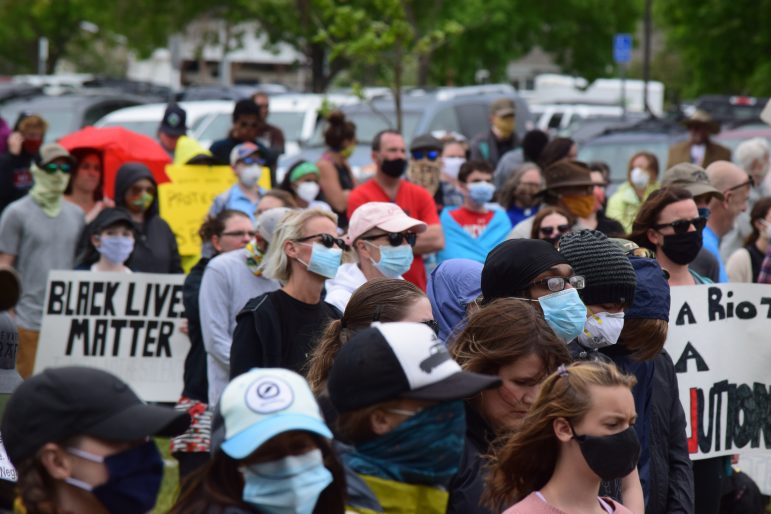 Hundreds gathered on Sunday in City Park in Cody, Wyo. to protest racism and excessive force by law enforcement.

The event was also attended by approximately two dozen apparent counter-protestors, some of whom were armed with pistols, rifles and batons. The counter-protestors gathered in small groups and did not appear to be organized, nor did they appear to attempt to actively interfere with the rally, which was peaceful and without incident. 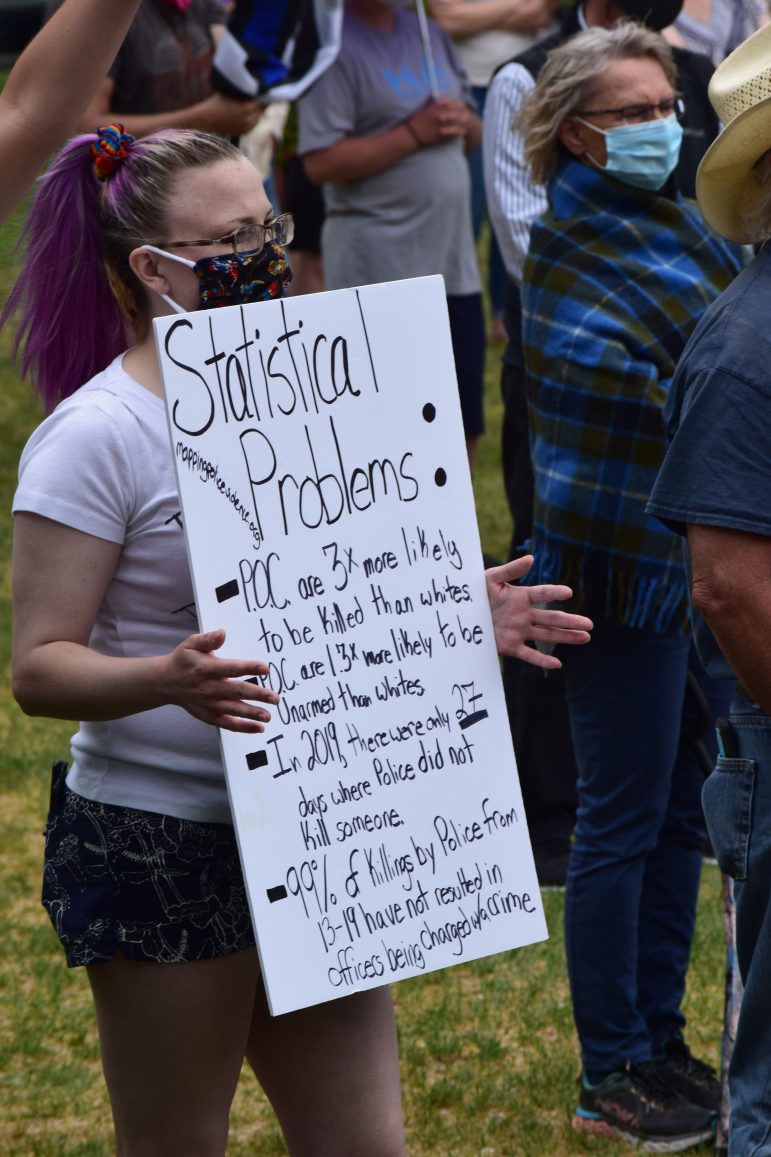 A protestors holds a sign Sunday in City Park in Cody, Wyo. during a protest against racism and excessive force by law enforcement.