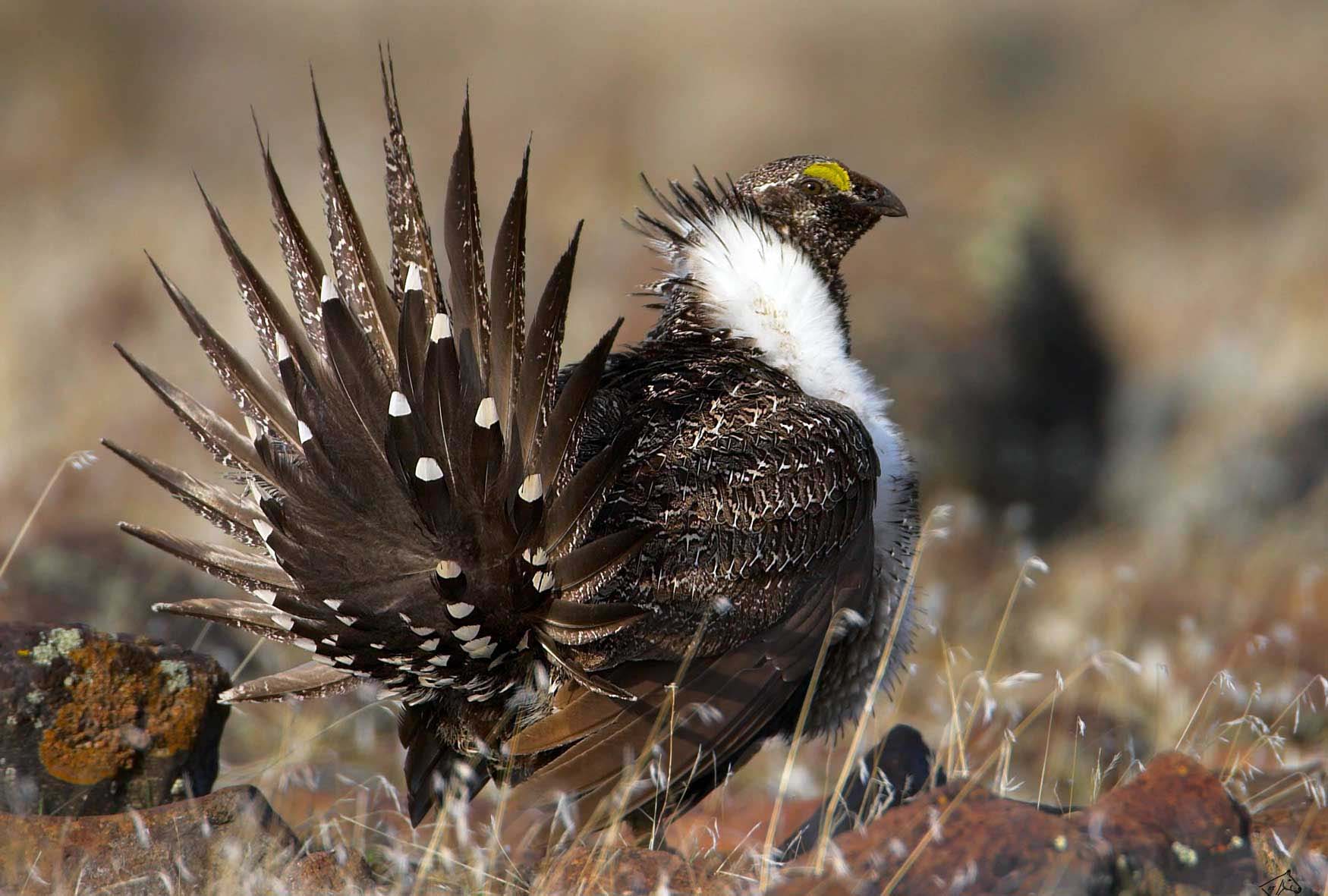 Each spring, the birds engage in elaborate rituals aimed at helping them find a mate. Male sage grouse perform intricate displays known as “struts” in an attempt to attract females. The struts take place on leks, or mating grounds, and include subtle vocalizations and other highly specific behaviors.

Successful males are able to mate with many females, while less dominate males typically mate with a small number of females, or none at all. So the competition is fierce in what amounts to one of Mother Nature’s intense dance contests.

In May 2010, the U.S. Fish and Wildlife Service found that the greater sage grouse could face extinction, and that it warranted protection under the Endangered Species Act. But the agency did not list the sage grouse as endangered, citing other species that had more urgent need of protection. The “warranted but precluded” status means the agency will continue to closely monitor the sage grouse, whose habitat around the greater Yellowstone area and across the mountain West has been greatly fragmented by development.

The birds rely heavily throughout the year on sagebrush for roosting cover and food, including as a source of insects for newly hatched chicks.

Grand Teton's strutting grouse tours are part of a series of special events planned during National Park Week, April 21-29. Grand Teton and the 396 other national park units across America will waive entrance fees in recognition of this special week. A seven-day pass to Yellowstone and Grand Teton National Park is normally $25 for a private vehicle.

While tour participants view the antics of strutting grouse, rangers will provide information about their natural history and various conservation efforts underway for sage grouse populations that have declined throughout much of the American West.

Grand Teton ranger-naturalists will lead tours to a lek just off the Antelope Flats Road near Mormon Row. Strutting grouse trips will be offered on three weekends this month: April 14–15, April 21–22 and April 28–29,

If you go…
Free sage grouse tours begin from the Craig Thomas Discovery and Visitor Center in Moose, Wyo. at 5:30 a.m. and reservations are required. To make a reservation or for information on what to wear and bring along, call 307-739-3399.

Watch a video of the male sage grouse courtship display